General Director of JSC Kazakhstan Nuclear Power Plants Timur ZHANTIKIN:
A NUCLEAR POWER PLANT NEEDS TO BE BUILT IN THE SOUTH OF KAZAKHSTA 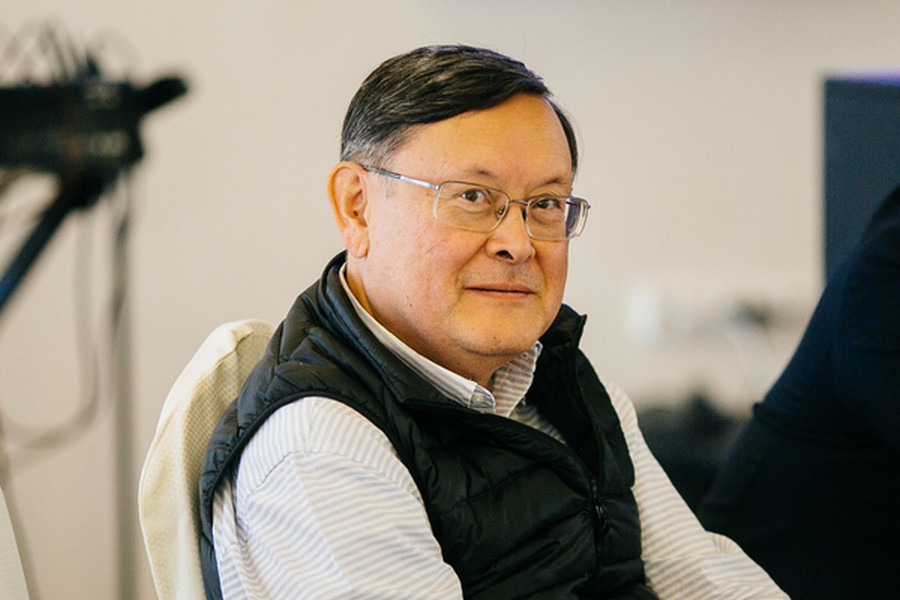 The issue of building a nuclear power plant in Kazakhstan has been discussed not for the first year. Attempts to implement the relevant project have been made several times, but these plans have never been implemented. Recently President Kassym-Jomart Tokayev said that the decision to build a nuclear power plant in the country would have to be made anyway, no matter how unpopular it might be. One of the well-known experts in the nuclear energy field in Kazakhstan, General Director of JSC Kazakhstan Nuclear Power Plants (KNPP) Timur ZHANTIKIN expressed his point of view on this matter in an interview with Interfax-Kazakhstan and also shared his opinion on which model of a nuclear power plant is most suitable for the country, and in which region it should be located.

- Firstly, it is necessary to develop primary power in Kazakhstan, and secondly, to diversify generation, because currently coal generation dominates in the country. Let me explain: to ensure the country's energy security, we urgently need to diversify generation as a whole and, accordingly, we are considering nuclear power, because Kazakhstan has a massive background - uranium mining, uranium product processing and nuclear fuel production. That is, everything is leading to the construction of its own nuclear power plant here, in Kazakhstan.

Another important point. In the south of Kazakhstan, by 2030 a shortage of primary power is forecast. According to our estimates, it nears 2.7 GW. Accordingly, a nuclear power plant is needed to cover the shortage in the south of the country.

- A plant approximate model has been developed by the KNPP, some calculations have been made, localization of raw materials is envisaged, please talk us through.

- Yes, localization of fuel production in Kazakhstan is one of the important parameters we pay attention to. As you know, fuel production for nuclear power plants was launched in November in the city of Ust-Kamenogorsk of East Kazakhstan region, on the premises of the Ulba Metallurgical Plant, and, naturally, we would like to use our fuel.

As far as the model itself is concerned, the reactors we reviewed all fit the generation 3 or 3+ definition. As they say now, this is about increased safety and positive economic indicators.

We reviewed several reactors that are on the market currently. These are Russian VVER reactors, Korean and Chinese reactors. A few more small and medium power reactors were considered - these are Chinese 600 MW and new modular reactors of General Electric and NuScale from the USA - projects that are now being intensively developed and prepared for commercialization. We are keeping an eye out for them.

By the way, modular power units have their own special advantages. For example, low-power reactors do not require a lot of investment. They can be built in stages. One can launch the first two and then the third or fourth with money that the plant begins to earn.

- Yes, it is . The VVER-1200 one is a normal reactor that meets all the 3+ generation safety requirements. But, of course, we are examining it alongside the others, because then other not unimportant factors already appear – this is cost characteristics, what this reactor generation cost price and the conditions for fuel production localization are like in Kazakhstan. I want to emphasize that by saying "we" I mean the position of our company.

- What areas are most suitable in Kazakhstan for the construction of a nuclear power plant? What approximate cost, in your opinion, can be.

- Several years ago, by order of the Prime Minister, our company received a task of considering the deployment of a nuclear power plant to the two regions - eastern and southern Kazakhstan. One of them is in the vicinity of the town of Kurchatov in East Kazakhstan region not far away from the former Semipalatinsk test site near the Irtysh River. The second one is in the vicinity of the South Kazakhstan State District Power Plant, the village of Ulken in the Zhambyl rural district of Almaty region near Lake Balkhash. Both areas are suitable for a nuclear power plant in terms of all power system parameters and characteristics. As I said, [energy] shortages are expected in the south; accordingly, it is planned that the southern site will be in the vicinity of the state distric.

As for the costs, the cost characteristics on the market now sometimes differ by almost two times. That is, the prices for reactors with the same capacity may vary with a huge difference. For example, a two-block plant having approximately the same characteristics (in terms of safety and workmanship) put now on the market costs from $ 7 to 11.5 billion.

- How many years can the construction of a nuclear power plant take.

- In general, it takes about six years to build a plant but there is a long preparatory period. First, a feasibility study is to be carried that undergoes an expert assessment, necessary calculations are to be made - engineering, ecology, cost, economic parameters, and so on. Then all this is submitted to the government and, in accordance with the law, the government is to decide whether we build on such terms.

If we build, then drafting of design estimates begins and then construction work. All this takes about six, seven years. Accordingly, it takes about 10 years to implement a project as a whole. But there are fast-track projects as well. For example, if Kazakhstan builds small modular reactors, they can be built two years sooner. But the problem is that there are no such commercial reactors on the market yet. Perhaps, by the time we make a decision, there will already be a prototype.

- Are there specialists in Kazakhstan who can work in this industry, ensure the nuclear power plant safe operation.

- Indeed, in Kazakhstan, due to the closure of a nuclear power project, there was a generation gap. In 1999, when the reactor was shut down, staff working under the project left country for wherever, other industries and so on. But, nevertheless, every year we have new arrivals who graduate in relevant training at leading universities, in particular, in Russia - National Research Nuclear University MEPhI, Tomsk Polytechnic University. These are the universities that trained staff for the nuclear power industry of the Soviet Union. There are people, but for the time being they work in various workplaces because there is no project. Therefore, when we say there are no staff, this is not the case, they are available . And this is another difference between Kazakhstan and other countries, where the development of nuclear energy is currently underway, our human resourse potential is incomparably better.

There are also special training programs. That is, when we choose some reactor model, when we start its construction, operating staff training is underway in parallel. This is included in technical specifications. Staff are being trained specifically for the selected reactor, for its control system. For example, a specialist has basic education in nuclear energy, but staff must be trained specifically in order to operate this reactor. All this is included in the plant construction program.

- The society is afraid of possible incidents after the nuclear power plant launch. How safe are technologies.

- There is a conception such as the likelihood of an incident or technical issues that are sometimes difficult to explain. In any process and technology there is a possibility of an emergency, this also applies to transport, and in general our daily life. This probability is calculated and tested in practice. For modern generation 3 and 3+ plants the likelihood of a severe emergency is less than down 10 raised to the seventh power per year. This means that only one emergency may happen in 10 million years. The safety level of a nuclear power plant is much higher than the safety of, for example, aviation transport. Tens of thousands of times more likely you can get into a traffic accident than something occurs at a nuclear power plant.

- Actually, there are not so many actively protesting people , and, in principle, if we compare the state of public opinion in our country and in some other countries, our situation is much better. In general, it depends on the population educational level, for example, it is very difficult to explain to a person who does not have a technical education, all the nuclear power plant safety issues and so on. Over the last decade radiophobia has been inflated, of course, this is also linked with the Semipalatinsk test site, other emergencies, in particular, Chernobyl, Fukushima, the American Three Mile Island, which everyone has already forgotten, all this creates a certain backdrop.

As they say, the hype also influences, for example, Chernobyl, about which horror stories are composed. On the one hand, horror stories are interesting, but on the other hand, the aura of threat posed by nuclear energy is created. Though people are now using nuclear technology all out.

Therefore I think that this should be explained to people if there real dangers are, how they work with them, what is taken into account, what measures are taken to prevent emergencies. We need to talk rather more, we do not work with households at all, do not explain, we need to answer questions honestly.

- Recently President Kassym-Jomart Tokayev said that the decision on the construction of a nuclear power plant would be taken in Kazakhstan eventually. In your opinion, when can the positive decision on the project implementation be expected.

- Now there are quite enough people who understood long ago the need not only for the construction of a nuclear power plant, but in general, for the development of nuclear energy in the country. There are a lot of such people, more and more people are beginning to understand this need. By September 2022 the government should submit substantiated proposals for the development of nuclear energy in Kazakhstan. I think that different aspects are being worked out now. As per the task scientifically substantiated proposals on the location, capacity and timeframe of the construction of an environmentally friendly nuclear power plant will have to be submitted.

For our part, we will also share our materials. But, as I said, we believe that this plant should be in southern Kazakhstan with the capacity of 2,400 or 2,7000 GW.

The final decision will have to be made taking into account all factors, not only what lies on the surface.


November, 2021
© 2022 Interfax-Kazakhstan news agency
Copying and use of these materials without reference to the source is prohibited