Elena BAKHMUTOVA, chairperson of the Council of Kazakhstan’s Association of Financiers:
THE PANDEMIC HAS ACTED AS A CATALYST FOR POSITIVE CHANGES IN THE MARKET 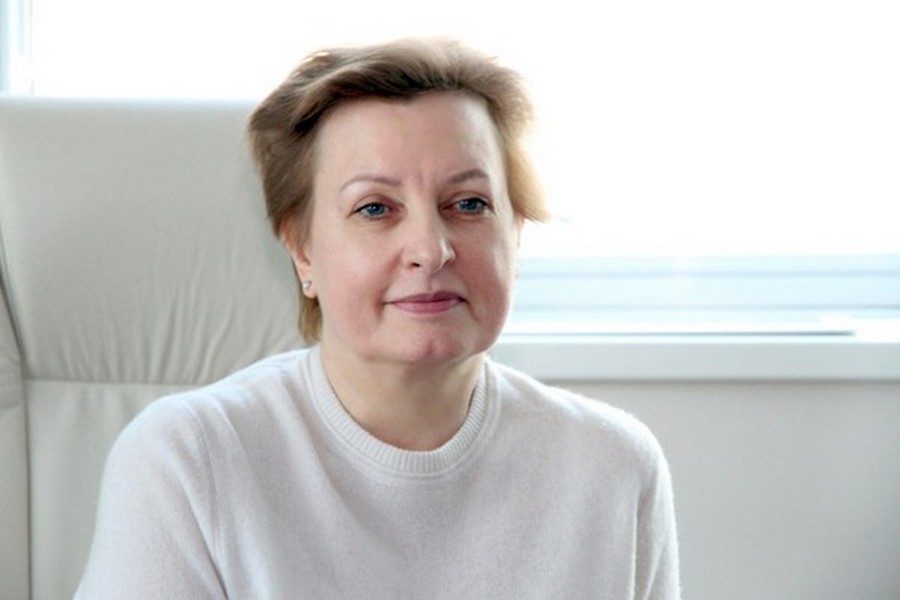 Despite the uncertainty that the pandemic has brought about this year, 2020 has been marked by a number of positive changes for Kazakhstan’s financial market. Many of them will continue to develop in the coming year. Elena BAKHMUTOVA, chairperson of the Council of the Kazakhstan’s Association of Financiers, told Interfax-Kazakhstan [in an interview] what trends will become key in the financial market, what the end of the pandemic will entail and what challenges the state and business have to face.

- Elena Leonidovna, what events, in your opinion, have defined the development of Kazakhstan’s financial market in 2020?

- All events have taken place this year under the sign of a pandemic. Over this period several positive trends have been outlined that would be worth highlighting. First of all, amid the pandemic, the optimal balance of interests was achieved in the course of interaction between the state, business and households. It is worth noting quite the effective, fruitful work on devising anti-crisis programs carried out by the government and state bodies jointly with business represented by the National Chamber of Entrepreneurs. In addition, the pandemic has acted as a catalyst for changes in the financial services industry. Processes that were at the stage of evolutionary maturation were tested by practice in record time. In particular, this affected digitalization and remote customer identification procedures. There was a large-scale spread of non-cash payments. This also had a positive impact on the possibility of obtaining products in online insurance, growth of retail financial products and activation of deals in the securities market. The role of microfinance organizations increased due to the arising need for additional financing for microbusinesses, small businesses.

- What news of this year have become, in your opinion, the most important for the market as a whole?

- Among other things this year is marked by a trend towards market consolidation. We have witnessed how some insolvent participants left the market. Until now the processes of buying and selling some banks have been at the formal and completion stage , which have attracted new investors. As part of positive developments, I would note an IPO of the domestic technology company kaspi.kz. All this shows that the market is actively developing; in parallel, there is an increase in competition between participants. By and large, in 2020, the financial market has shown itself to be a fairly reliable partner for its clients, new routes for the provision of services have emerged, often outstripping client needs.

I would like to add that, despite the still lingering recession both in the world and in Kazakhstan, this year programs aimed at the post-crisis development have been devised and adopted. In particular, the concept for the development of financial technologies and innovations until 2025 has been adopted. Drafts concepts for the development of the financial market and the strategy of monetary policy until 2030 are actively being discussed.

- How will the events in 2020 affect the future of the financial market?

-The situation in the world is currently unstable, the markets are very volatile. This is likely to continue at the beginning of next year as well. However, the crisis caused by the pandemic will begin to fade. According to previously stated forecasts, this will happen during the first half of 2021; someone is pushing the date back to the end of the year. Whenever this happens, the natural economic growth will follow the pandemic, but time will tell how lengthy and deep it will be and for which countries.

In my opinion, next year’s prospects for the financial market are favorable by and large. The environment has been formed up necessary for the introduction of innovations and the emergence of new financial tools.

I would note the anticipation of new products in the life insurance market. In particular, in the segment of endowment insurance and pension annuities. Good dynamics are expected in the retail investment market. The opportunity for depositors to transfer part of their pension savings to private management will facilitate this. Already at the beginning of next year an increase in the activity of institutional investors is expected, as the regulator adopted norms to expand their opportunities. The trend towards increasing the role of microfinance organizations in financing the economy and expanding their product line will continue.

All this will lead to a balanced development of all of the financial market segments and organic change in its infrastructure to meet the new customer needs. It happened so that during the outgoing year the foundations for future development have been laid down; probably, this is a consequence of the fact that the crisis is already not the first one for our country, and the certain stress resilience and readiness for change has been shaped.

- Indeed, positive changes are always eagerly awaited. But, nevertheless, the crisis has also negative consequences. Talk through what risks exist this year and what should the market be ready in 2021 for?

- Of course, there are a number of unfavorable factors that could affect. I would like to highlight some of these risks.

First, as pointed out by international financial institutions, after the pandemic it is very important to curtail in a coordinated way the government's anti-crisis measures to support the economy. Accordingly, it is necessary to have a clear-cut action plan, as well as a clear-cut understanding of how exactly the increased government presence in the market will be phased out after the end of the pandemic. In case an attempt to delay this exit is repeated then the implementation of vital structural reforms will also be postponed.

Second, the lack of coordination of monetary and fiscal policies. The transition from the countercyclical approach to the procyclical approach itself is fraught with danger. An attempt to postpone the countercyclical regulation of the economy until better times could affect the sustainability of economic growth. The increased risk of imbalance in the government budget, increase in expenditures for servicing the state debt and the achievement of a non-oil budget deficit safe size deserve special attention.

Third, a certain part of business after getting out of the pandemic will certainly turn out to be bankrupt. We must be ready for that. Just before the crisis the new legislation on rehabilitation and bankruptcy was passed. It has not yet been tested by practice. But one must understand: the longer the launch of the mechanism for cleaning up the economy from non-performing business is delayed, the less likely we will move over to the sustainable growth and launch the mechanism for effectively transforming the growth of business entities. The so-called "mechanism of creative destruction" creates opportunities for the arrival of new companies. It is also a necessary element of competition. Therefore, it is very important that the rehabilitation and bankruptcy procedures work as efficiently as possible.

The institution of bankruptcy for individuals and is actively being discussed in society is in the same context, which must be built on a balanced approach, the basis of which contains the principle of responsibility and transparency. This process will also contribute to the reasonable transition of some individuals from consumer loans to microloans if their income and need for funds are formed thereby running a small business.

A decrease in the government’s participation in assets should take place in paralel with increasing the efficiency of government regulation. First of all , this concerns the restriction of unfair competition across all market segments, government support for cybersecurity programs and personal data protection.

There should be no excessive or insufficient regulation in the financial market. It should be based on international basic principles: risk orientation, proportionality, homogeneity.

- Elena Leonidovna, summing up all has been said, in your opinion, what is the general action plan for the financial market for 2021?

- Next year, all the trends that made themselves known in 2020 will be ongoing. We will continue to observe consolidation and increased competition, not only in the banking market, but also between all financial institutions. The emergence of new financial instruments and routes for the sale of financial products is expected. Further development of the cashless payment system will continue. We will watch companies from the tech sector that are on the borderline with financial services being energised . Namely this configuration of the financial market that will require adequate actions on the part of government regulation, including in the field of countering cyber threats and protecting personal data.

Next year a plan will be needed to phase out a number of government programs and return to market relations on the issues of financing the economy.

It is necessary to accept the fact that some businesses will be exposed to bankruptcy, therefore, effective mechanisms for the employment of people who worked for such companies will be required. It is important to consistently scrutinise the bill on the bankruptcy of individuals, but only in parallel with the introduction of declarations for everyone.

Issues of monetary policy and financial regulation will also be relevant to the financial sector. Maintaining the private competitive financial market developing in an optimal regulatory and supervisory environment is the necessary component of structural reforms in the economy.

Next year everyone will face new challenges. But it is extremely important not to make hasty, insufficiently scrutinized decisions and programs, which could result in the long term in consequences worse than being absent.


December, 2020
© 2022 Interfax-Kazakhstan news agency
Copying and use of these materials without reference to the source is prohibited