Lead analyst of the Wall Street Invest Partners Daniyar DJUMEKENOV:
A BASIC INCOME PAYOUT TO KAZAKHSTANI RESIDENTS MAY BECOME AN ALTERNATIVE TO TRANSFERS FROM THE NATIONAL FUND 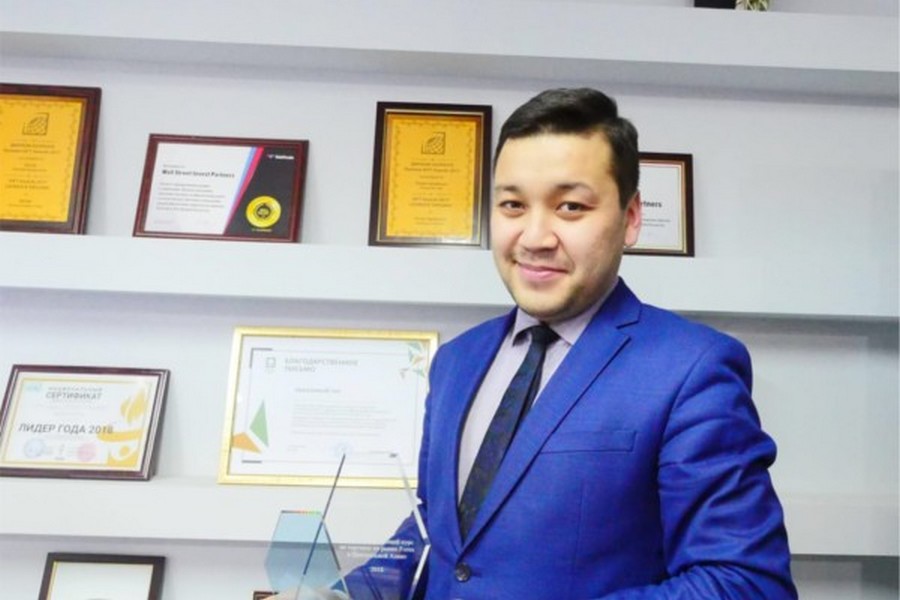 On Kazakh President Kassym-Jomart Tokayev's instructions the reduction of budget dependence on revenues from the National Fund will start and from 2022 the amounts of guaranteed fund transfers will be gradually cut. Leading analyst of the Wall Street Invest Partner Daniyar DJUMEKENOV told Interfax-Kazakhstan how much the initiative is relevant, what the reduction of the guaranteed transfer volume will lead to and what sources of financing could become an alternative.

- How do you assess the president’s decision to gradually reduce transfers to the budget from the National Fund?

- Kazakh President Kassym-Jomart Tokayev's initiative to reduce the use of resources of the National Fund is extremely relevant. The transfer dynamics and use of funds of the National Fund reveal an alarming picture. This is confirmed by information published on the webpage of Kazakhstan's Finance Ministry.

- How will the market react to the reduction of the guaranteed transfer volume?

- Definitely, the reduction of the guaranteed transfer volumes will lead to government spending cuts across the wide range [of items]. Currently, the quasi-public sector has created management clumsiness and increased economic costs. President Tokayev noted objectively and fairly in his state of the nation address that it’s necessary to understand "what has been the real contribution by National Welfare Fund Samruk-Kazyna to the growth of the people's well-being in the past 14 years since the foundation was created." An impartial analysis of the effectiveness of state holdings and national companies involving independent Kazakhstan’s economists, analysts, experts and media will be required.

- What sources of financing can be an alternative?

- The search for alternative sources of financing is inseparably linked to the implementation of a new economic development model. Sources of alternative financing can be available both in cash and in kind. Firstly, one of the indirect forms of alternative financing is the efficient use of land resources in the country. Secondly, lower interest rates for individuals and legal entities in Kazakhstan. This implies an effective monetary policy. A focus should be made on interest rate cuts.

Thirdly, it is relevant to provide citizens with opportunity to use part of their pension savings for housing purchases in Kazakhstan. Despite the opinions of a number of sceptics this could have a multiplier impact on the development of the economy. The right-based use of funds accumulated in the pension system for the benefit of the economy must be entrusted exclusively to the citizens themselves. Many projects previously initiated by legal entities, in fact, were unprofitable. Kazakhstan’s past negative experience indicates the loss, and quite often the mere theft of pension savings on the part of various seemingly successful companies.

Fourth, given the large-scale growth of paternalistic sentiments in the society it is advisable to switch to the unconditional guaranteed basic income payment to all citizens of Kazakhstan, without exception. At the same time targeted social assistance payments, which are dubious quite often, are to be scrapped altogether in Kazakhstan.

- What problems will the payment of unconditional guaranteed basic income solve?

- Conceptually, the payment of unconditional guaranteed basic income is based on the national economy development stimulation through the prism of priority by consumer choice - the country’s citizens. The existing economic model based on stimulation of state-owned companies and businesses that produce goods and services turned out to be alienated from the real consumers’ demand. As a result, many of completed projects are idle due to the lack of sales markets, and most of the projects have not reached design targets. The country is dominated by imported goods and services. Herewith Kazakhstan has spent enormous resources and valuable time against a backdrop of natural resources being depleted. Diehard supporters of the existing economic model strove for the gross increase in the value of quasi-state-owned companies and as a result they created clumsy conglomerates. At the same time, median and modal wages of the country’s residents remain low.

- How can this problem be solved?

At the time of transition to the payment of basic income, all Kazakhstan’s citizens can be allowed to spend funds only in non-cash form for purchases of goods and services from Kazakhstan’s small and medium-sized businesses. Herewith the majority of current costly state programs on job creation and large-scale programs on business support should be scrapped due to their ineffective implementation. The practice of the past decades is the clear confirmation of this statement amid growing corruption.

- What more measures can be taken to stabilize the situation?

- To reduce the number of state-owned companies. In parallel, to review and abolish numerous subsidies in all areas because of zero-results and the creation of cost-plus economy and formation of conditions for corruption practices. Numerous export promotion programs and presentations do not lead to expected results either. According to the results of an independent expert assessment these funds should be redirected towards the payment of basic income to all Kazakhstani citizens. Those who do not need such payouts, in accordance with [their] applications, may waive them in favor of a new national charitable foundation. At any time these people should be provided a ‘reverse’ right to get basic income payments according to applications. The number of such people will be some kind of KPI stability assessment and prosperity of Kazakhstan.

- What result will the economy get ultimately?

- These are huge reserves. The scale of the shadow economy could be reduced multi-fold as people’s basic needs were transparently implemented within the basic income payment framework. The development of the regions would get an additional powerful impetus. The foundations would be laid for the development of tourism. Actually, a need for a universal income declaration on the part of individuals would become irrelevant that could divert large resources from the budget and lead to loss of valuable public time. State structure administration optimization would happen automatically and employees’ cuts would be painless given available basic income payouts. A need for regular population censuses would also become irrelevant - this would lead to the saving of budgetary resources and the real development of the digital economy. Competitiveness of the economy would be determined by the Kazakh consumer’s choice of goods and services.


September, 2019
© 2022 Interfax-Kazakhstan news agency
Copying and use of these materials without reference to the source is prohibited